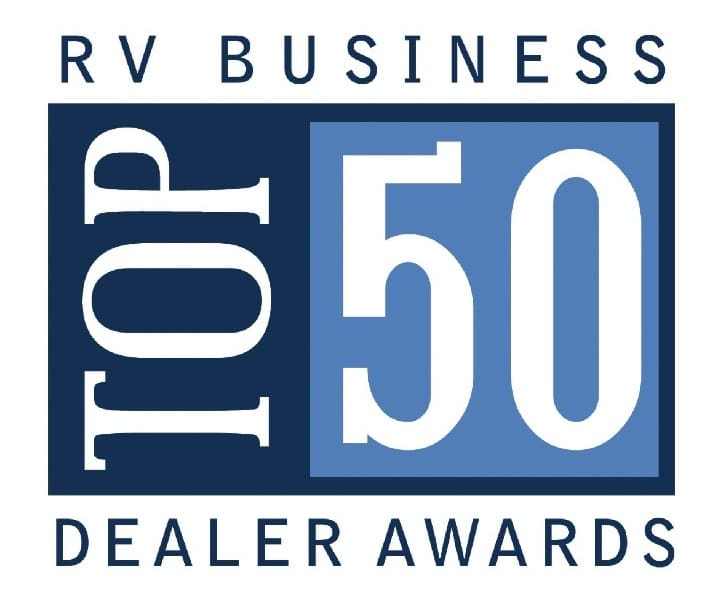 Guaranty RV Super Centers is now part of an elite group of top five Blue Ribbon dealers in North America, as chosen by RVBusiness magazine. They are only one of two from Oregon named to the Top 50. For 2016, Guaranty was also named a Top 50 Dealer so that the Top 5 designation could be shared with other quality Dealerships.

Dealers are nominated from all over the U.S.A. and Canada by RV manufacturers as part of the RVBusiness Top 50 Dealer Awards. Guaranty filled out an extensive application form, which was evaluated on a number of criteria, including business acumen and professionalism in a variety of areas, by an independent panel of distinguished industry veterans.

“Guaranty RV Super Centers is proud to be included in the 2015 RVBusiness Top 50 Dealers List. We are even more flattered to be recognized in the Top Five category. We are grateful for our RV brand partners in business who contributed to our success. Kudos to RVBusiness for recognizing our country’s top RV operators.” says Shannon Nill, Guaranty President.

Some of the highlights from 2014-15 as we grow into a world-class organization were the creation of a board of directors, adding 23 non-profit groups to our charitable giving, expanding the Guaranty Travel Center convenience store, adding an ability equipped RV and wine tours to the RV Rental offerings, and enhancing our customer satisfaction tracking and response further. As Guaranty prepares to celebrate its 50th year in business we look forward to our new RV park and collision repair center, as well as providing the best customer service possible.